Abu Camp in the world-famous Okavango Delta is one of Botswana’s star attractions and home to the very special herd of Abu elephants.

Pioneered in the early 1990s, the Abu camp has been operating for more than 20 years in the Abu Concession.  It is Africa’s premier elephant interaction destination.  This is where you get the chance to not only feed the herd but also join them for a stroll through the bush.  At the halfway mark relax with a coffee and home-made cake while observing the elephants browsing and interacting amongst themselves.  You are now a member of this extraordinary elephant family – such a privilege that never fails to profoundly touch our guests.  This is a memory that will remain with you for life.

The vast, exclusive Abu Concession is found in the unspoilt Okavango Delta, the world’s largest inland delta system and home to some of the greatest concentrations of elephants; it never disappoints.  Nestled in the heart of the concession is the uniquely exquisite Abu Camp, which aims to provide the very best in luxury accommodation and impeccable service, whilst always remaining mindful of the camp’s environmental impact.  This haven of peace and tranquillity beats to the rhythm of the African bush.

The camp was named after a legendary bull, Abu, which is an Arabic word meaning ‘everything to do with elephants.  Abu was tragically killed in December 2002 by a wild bull elephant.  He was truly unique, his gentleness to people and other animals melted your heart and his intelligence outshine even the smartest.  He was thought to have been born in Kruger National Park, South Africa or East Africa in the early 1960.  As a youngster he was taking to the United States where he was used for rides in a Texas Wildlife Park.  In 1988 he was brought back to Africa for the filming of “Circles in a Forest”, a movie set in the Knysna Forest in South Africa and based on the classic novel by Dalene Mathee, before being moved to Botswana in 1990 where he lead the Abu herd for 12 years. 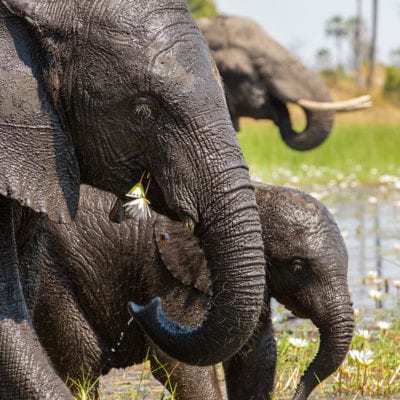 Naledi, meaning “star” in Setswana (the Botswana Language), was born into the Abu Herd in November 2013 on a very starry night.  Sadly, her mother Kitimetse passed away due to heath complications in January 2014.  Naledi has subsequently been adopted by her sister, Lorato, and adopted sister Paseka.

She is now bottle-fed with baby formula by elephant handlers.  The formula is a very special blend of plant-based ingredients created by the late Dame Daphne Sheldrick – Founder of the Sheldrick Elephant Orphanage Foundation in Kenya.  Naledi’s name has proved to be apt as she is anything but shy; she has captured the heart of everyone who meets her.  Naledi has already overcome many tribulations in her short life, and we celebrate her beauty and resilience. 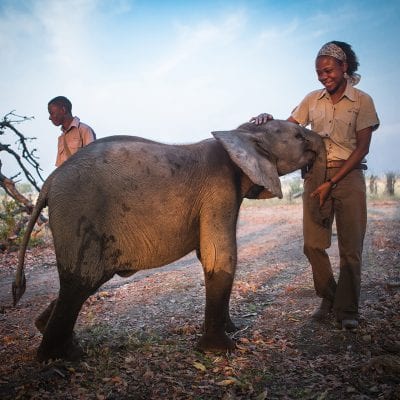 Sirheni, means “where the old cows meet”, which is very typical of her nature.  She has matured into a nature mother and her calmness, patience and loving nature has attributed to the herd gentle disposition.  Born in 1988 and an orphan from a culling operation in the Kruger National Park, she joined the Abu Herd in 1990 when she was moved to Botswana.

Since then, she has given birth to four calves, the first very sadly only surviving for 13 days as he was a premature birth; the second who has since been released back into the wild, the third being Abu Junior who left the family only recently to join a wild herd and lastly Warona.

Originally, she spent most of her time with Cathy, walking in front of the herd, but as she grew older, she began to mingle more with the rest of the herd and ironically the guests.  Her sisters,” Lorato and Paseka, play with her and generally try to keep her out of trouble.  Filled with energy and mischief, little Warona has worked her way into the hearts of not only the herd but all our guests alike.

The giant and inspiring matriarch of the herd, Cathy was born in Uganda in the early 1960’s.  After her capture in Murchison Falls National Park as a tiny baby, she was taken to a safari park near Toronto in Canada.  Like ‘Abu’ she was recruited by Randall Moore to return to Africa for the filming of “Circles in a Forest”.  With her co-star, Abu, she was moved to the Okavango Delta in the 1990 to start the very first elephant-back safaris in Africa (before we knew better).  Her gentle temperament has always had a calming influence on the herd and in particular the youngsters, she is a natural matriarch. 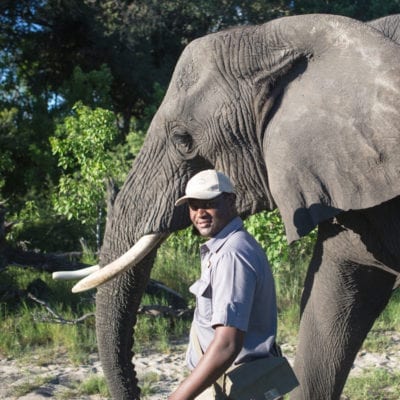 Her name means “Easter” in Setswana and refers to the time of year she joined the Abu Herd.  Paseka was found in April 2009 abandoned by a wild herd in the Okavango Delta after being attacked by hyenas.  She took refuge in the generator room of Seba Camp, as which point it was too late to ‘let nature take course’, so she was taken in by the Abu team who tended her wounds and Sirheni, who was fortunately lactating at the time, graciously adopted her.

Firstborn of the late Kitimetse, Lorato was born just a few days short of Valentine’s Day, giving rise to her name, which is a derivation of the word “love” in Setswana.  Oozing personality and with an aptitude for learning the herd embraced her, particularly with Naya (since released into the wild), Paseka and Warona.  She clearly enjoys being the dominating big sister to the younger herd members.

These gentle individuals are incredibly lucky to part of the Abu family considering their histories, and the camp and its staff are so fortunate to share their world and territory.

If you have a passion for wildlife and elephants, you must include Abu Camp on your bucket list, and meet the herd in person.  No other experience soothes the soul so completely. 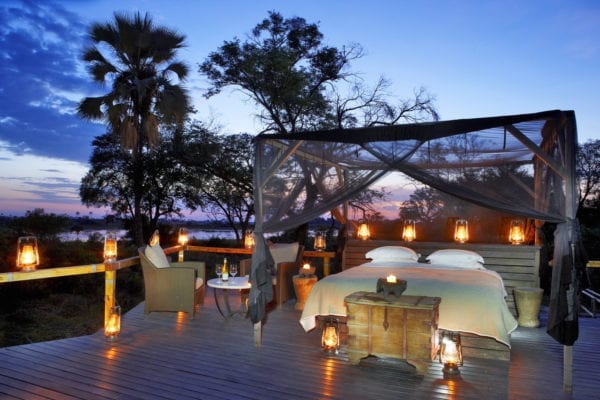 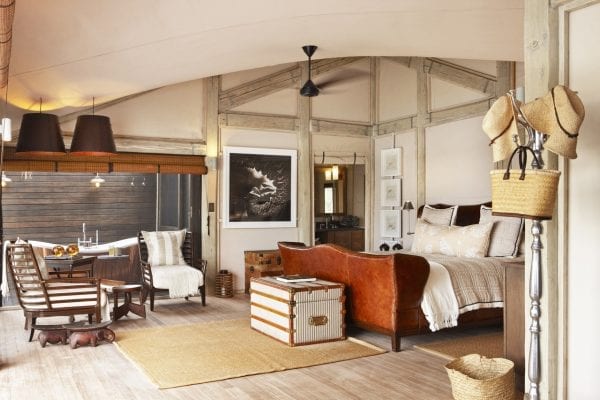